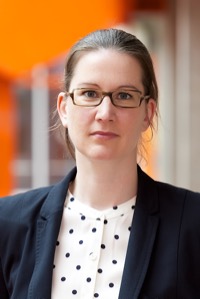 ASN: In 2007 your paper “Imagining the State. How perceptions of the state influence customary law in two Kyrgyz communities” won one of the Best Doctoral Students Awards. What was the inspiration for this paper?

JB: I had just returned from 15 months of fieldwork in rural Kyrgyzstan and had to decide which part of the data that I had gathered I wanted to work with first. I decided to start with an extended case study I had found particularly intriguing. Part of my research had been devoted to understanding the type of work of the so-called “aksakal courts” (lit. “courts of whitebeards”, i.e. male elders) in the two villages I was working in. This institution can be described as neo-traditional, although the figure of the “whitebeard” and the assumption that (male) elders, in their roles as household or lineage heads, are capable of solving local disputes, goes back centuries in Kyrgyzstan. The paper drew on a particular case I had participated in, centred on questions of divorce, remarriage, separation of property and child support. What intrigued me most, however, was how – in a rural setting where “the state” was experienced as absent, where the end of the Soviet Union had resulted in the demolishing of the social security system, where there was no police and no formal state court – the local court of elders engaged in what I call “performing the state” by replicating what they imagined to be state court procedures. “There is no state here anymore” was a sentence I regularly heard from my informants. Thus, feeling left to their own devices, the aksakalshad to handle their new role as judges by themselves, a role into which they were pushed by new laws on local dispute resolution, enacted after the country had become independent in 1991. In court sessions they tried to create the appearance of a state court and introduced procedures they claimed were derived from state laws. They also invoked the state apparatus as a threat, specifically when people did not want to heed their decisions. While the institution of the aksakalcourt had been explicitly set up in each village of the country to allow adjudication according to “customs and traditions” as a special law on the aksakalcourts stipulated, the elders acted out imagined state law instead.

ASN: What stage in the graduate program were you at the time?

JB: I was a PhD candidate at the Max Planck Institute for Social Anthropology, where I was a member of the working group “Legal Pluralism” headed by the legal anthropologists Franz and Keebet von Benda-Beckmann. I was also enrolled as a PhD student at the Martin Luther University Halle-Wittenberg from which I then graduated in 2010.

ASN: What happened to this paper?

JB: I published a first version as a Working Paper and a later version appeared in an edited volume entitled “Ethnographies of the state in Central Asia” in 2014 with Indiana U Press, which I co-edited with Madeleine Reeves and Johan Rasanayagam. I also use the ethnographic material in a chapter of my monograph “The force of custom. Law and the ordering of everyday life in Kyrgyzstan” which I published in 2016 with the U of Pittsburgh Press.

What is your current position?

In October 2014 I have been appointed Professor of Anthropology (tenure track) at the University of Konstanz in Germany.

What projects are you working on now?

From 2010 onwards, I developed a new regional interest in Asia, starting fieldwork in Myanmar. There, I work in Yangon, the former capital of the country, a metropolis of seven million people – quite a change of scenery compared to the Kyrgyz village I used to live in! My interest lies in understanding the positioning of religious and ethnic minorities in this city, particularly Hindu and Muslim groups, their histories of migration from India in the 19th century as part of the final expansion of the British Empire, and their current political situation in a de facto Buddhist state which has had a long history of repressing minorities, particularly Muslims. I am specifically interested in understanding my informants’ strategies of acting as “communities” in order to secure their religious properties as well as to keep a realm of autonomy and self-determination in an increasingly hostile environment. There are, however, numerous overlaps to my research in Central Asia and I have begun to publish comparatively by drawing on my insights from Kyrgyzstan. Most recently, for example, an article on the concept of “transition” that has been so central in scholarly analyses of the entire post-Soviet world and that has now migrated from Central Asia (where I encountered it first) to Myanmar. The article is called “’Transition’ as a migratory model in Myanmar” and has been co-published with Felix Girke.

I am also working on new projects related to the issue of statelessness, both in Myanmar and in Europe. Since statelessness is a problem in Central Asia as well, there might be future possibilities to again link my different field sites with each other.