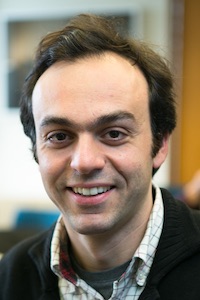 Harris Mylonas is associate professor of political science and international affairs at George Washington University’s Elliott School of International Affairs and editor-in-chief of Nationalities Papers, a peer-reviewed journal published by Cambridge University Press for the Association for the Study of Nationalities. After completing his PhD in political science at Yale University in 2008, Mylonas was an Academy Scholar at the Harvard Academy for International and Area Studies at Harvard University (2008-09 & 2011-12). He recently served as associate dean for research at the Elliott School of International Affairs (2017-18) and as chair of the Council for European Studies’ Historical Study of States and Regimes Research Network (2019-21).

Mylonas’ research contributes to our understanding of states’ management of diversity that may originate from national minorities, immigrants, diasporas, or refugees. His work emphasizes and explores the role of international security considerations in domestic policymaking. He is the author of The Politics of Nation-Building: Making Co-Nationals, Refugees, and Minorities (Cambridge University Press, 2013), for which he won the 2014 European Studies Book Award by the Council for European Studies, as well as The Peter Katzenstein Book Prize  in 2013. He has also co-edited The Microfoundations of Diaspora Politics (Routledge, 2022) with Alexandra Délano Alonso and Enemies Within: The Global Politics of Fifth Columns (Oxford University Press, 2022) with Scott Radnitz. Mylonas’ work has also been published in the Annual Review of Political Science, Perspectives on Politics, Comparative Political Studies, Security Studies, European Journal of Political Research, Journal of Ethnic and Migration Studies, Territory, Politics, Governance, Nations and Nationalism, Social Science Quarterly, Nationalities Papers, Ethnopolitics, as well as various edited volumes. He is currently working on his next book tentatively titled Diaspora Management Logics where he analyzes various governmental decisions vis-à-vis different diaspora segments.

The recent political and financial crisis in Europe, with Greece at its epicenter, occupied much of his attention in the past ten years. He published a series of op-eds in the Los Angeles Times, Washington Post, Foreign Affairs, Foreign Policy.com, CNN.com, the Guardian, Newsweek Japan, among others as well as more analytical pieces, academic articles, and chapters in edited volumes. Since 2010, he writes the annual report on developments in Greece for the European Journal of Political Research. His documentary film Searching for Andreas: Political Leadership in Times of Crisis, which also deals with the deep causes of the recent financial and political crisis in Greece, premiered at the 2018 Thessaloniki Documentary Festival, won two awards at the 2019 International Documentary Festival of Ierapetra, and was also screened at the 2019 annual meeting of the American Political Science Association in Washington, DC and the 2021 World Congress of Political Science of the International Political Science Association.