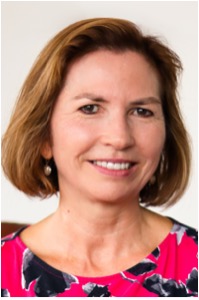 Following on her term as the ASN President of the Association for the Study of Nationalities (ASN), Zsuzsa Csergő serves as the inaugural Director of the association’s latest initiative, Virtual ASN. She is Professor in the Political Studies Department of Queen’s University in Kingston, Canada.

Dr. Csergő specializes in the study of nationalism and majority-minority relations in contemporary European politics, with a particular focus on post-communist Central and Eastern Europe. She is currently working on a book project about the conditions for democratic minority political agency in Central and Eastern Europe. Her first book, Talk of the Nation: Language and Conflict in Romania and Slovakia (Cornell University Press, 2007) focused on the ways in which democratization and European expansion shaped majority-minority contestations over language use in the context of post-communist state restructuring and nation-building. Her articles have appeared in major peer-reviewed journals, including Perspectives on Politics, Foreign Policy, Nations and Nationalism, Publius, Europe-Asia Studies, East European Politics and Societies, Problems of Post-Communism, and others.

She has received a number of prestigious academic awards and fellowships, including the 2005 Sherman Emerging Scholar Award from the University of North Carolina; the Fernand Braudel Senior Fellowship from the European University Institute in Florence, Italy (Fall 2006); and research grants from the Woodrow Wilson International Center for Scholars, the Institute for the Study of World Politics, the American Council of Learned Societies and Social Science Research Council, the George Hoffman Foundation, and the Social Sciences and Humanities Research Council of Canada. From 2007-2013, Csergő served in editorial capacities for Nationalities Papers (as Book Review Editor, then Associate Editor in charge of Special Issues) and as a Vice President of ASN. In September 2013, she was the recipient of a Distinguished Alumni Award in recognition of her professional achievements presented at the 100th anniversary of the Political Science Department of The George Washington University. Since September 2019, she holds a Marie Skłodowska-Curie fellowship at the Centre for Southeast European Studies, University of Graz, working on the project „Minority civil society, inter-ethnic peace and sustainable democracy.”