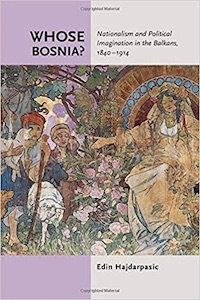 The winner of the 2016 Rothschild Prize is Edin Hajdarpasic, Whose Bosnia? Nationalism and Political Imagination in the Balkans, 1840-1914 (Cornell U Press 2015), an engaging new study on the emergence of national movements in Bosnia during the 19th and early 20th century.

At first, the book details, neither Serbian nor Croatian national movements cared much about Bosnia. Only their gradual “discovery” of Bosnia in the course of the 19th century gave the Ottoman and later Habsburg province an important place in the nationalist imaginations.

The monograph is based on extensive archival research and on a sophisticated engagement with theoretical debates, making it an engrossing read. It traces the emergence of nationalist debates about Bosnia in the mid-19th century in Croatia and Serbia, when competing and congruent nationalist claims were made to the land. Images of suffering and abuses of the Ottoman rule were central to this view that echoed similarly orientalist visions in the West. The book subsequently traces the rise of nationalist movements in Bosnia itself and the response of imperial powers.

The book is refreshing and innovative for exploring nationalism, but it carefully avoids the trap of falling into methodological nationalism by not normalizing one or the other nationalist movements or nation-state frameworks. It also is not restricting itself to one imperial period, such as the Ottoman or the Austro-Hungarian, but traces the process of nationalism as an idea and a political project of encompassing Bosnia over a crucial 60-year period. As such, it moves not just academic debate on Bosnia forward, but makes a broader contribution to the study of nationalism in spaces of nationalist competition. 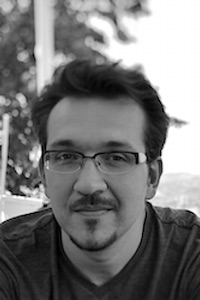 The study draws on police reports as much as dissecting poetry, making it a compelling read of debates among Serbs, Croatians, and Bosnians over what Bosnia could and should be for the prospective national projects.

The committee would like to award an honorable mention to Adeeb Khalid, Making Uzbekistan: Nation, Empire, and Revolution in the Early USSR (Cornell U Press 2015).

The Short list of finalists included the following additional books:

Ronald Grigory Suny, “They Can Live in the Desert But Nowhere Else”: A History of the Armenian Genocide(Princeton U Press)

Florian Bieber (U of Graz)

Madeleine Reeves (U of Manchester)