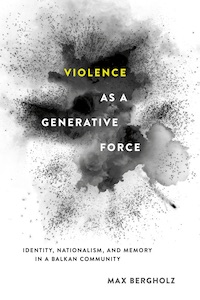 The winner of the 2017 Rothschild Prize is Max Bergholz, Violence as a Generative Force: Identity, Nationalism, and Memory in a Balkan Community (Cornell University Press), a searing, original, and morally engaged study of violence in southeastern Europe during the Second World War.

Combining archive-based microhistory, social scientific theory, and extensive fieldwork, Bergholz has created a work of scholarship that represents a state-of-the-art treatment of empirical research on nationalist violence. It bridges the gap between the humanities and the social sciences, between the study of the past and the analysis of contemporary politics, and reveals the ways in which the experience of violence shapes and transforms social relations in human communities. 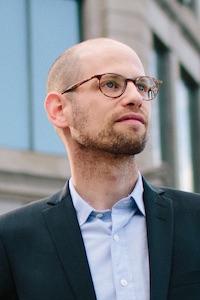 The villagers of Kulen Vakuf, a rural settlement located on the border of Bosnia and Croatia, descended into extraordinary communal violence in the middle of the wider war. The route to destruction had its origins in interpersonal disputes and property conflicts, but each of these concerns quickly became wrapped up in the broader disputes that defined the war in the region: a conflict between ethnic or religious communities that were formed by the experience of the very violence they themselves had wrought. Bergholz’s work rests on a sizable literature that points to the interaction of local grievances with broader narratives of conflict, but he shows in great detail the precise mechanisms that drove an otherwise peaceful community into unimaginable brutality.

Violence as a Generative Force will stand alongside the work of Jan Gross and other major contributors to the understanding of social violence in local, multi-ethnic contexts. Through the work of these scholars, we now know more than ever before about the fragility of social order and the precise ways in which small bands of committed entrepreneurs can reshape society in their own violent image.

The committee also awards an Honorable Mention to Rebecca Gould, Writers and Rebels: The Literature of Insurgency in the Caucasus (Yale University Press).

The Rothschild Book Prize Committee would also like to recognize the four other contenders in its 2017 Short List:

The winner of the 2017 Rothschild prize was chosen by the following scholars: