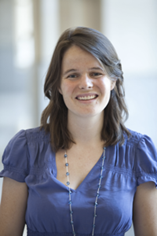 The winner of the 2019 Rothschild Prize is Sarah Cameron, The Hungry Steppe: Famine, Violence, and the Making of Soviet Kazakhstan (Cornell University Press, 2018), an intensely humane and expressly multidisciplinary investigation of one of the most devastating political, economic, ecological, and personal tragedies of the Stalin era, the famine in Kazakhstan, as well as its relationship to Soviet nation- and state-building.

Based on her original research in Kazakh national and regional archives, as well as in Russian sources, Cameron has produced a sweeping reevaluation of the place of hunger in the political life of the Soviet state. The primary way in which millions of average Kazakhs experienced Soviet power was not through Communist-era slogans or public works projects, or even through disappearances and terror. It was rather through the fact of food scarcity and the attendant ecological, biological, and cognitive effects that it entailed.

The deaths of more than 1.5 million Kazakhs were intimately tied to the plans of the Soviet developmental state to sedentarize a population that had been traditionally pastoral. As Cameron points out, the end of large-scale Central Asian herding represented the end of a distinct culture, with profound effects on the way in which modern Kazakh identity would be constructed by Soviet culture-planners and, later, reimagined by post-Soviet nationalists. While other scholars have turned their attention to the causes and consequences of the Kazakh famine, Cameron’s work stands out as a mulitfaceted and daring exploration that ties together Soviet-level policies, the incentives of local elites, and the lives of average citizens–the primary victims of a state policy that sought to reform Kazakh society and, in the process, wholly unmade it.

The Hungry Steppe invites comparisons with the now extensive literature on the Ukrainian famine, but it also suggests other important connections that will enrich our understanding of the Soviet experience–from European overseas colonialism to the fate of pastoral peoples in the Americas. As Cameron shows, while modernization and nation-building had a Soviet face, these were processes whose determinants were political, ecological, structural, and personal, rather than ideological. Her work will stand as both a deep analysis of a major event in Soviet and world history and a model for understanding the politics of people on the move. At a time of global migration, climate change, and nationalist revival, this book has found its moment.