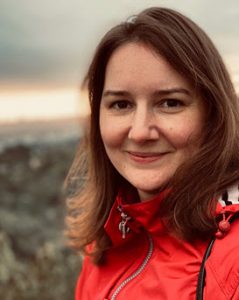 The winner of the 2021 Rothschild prize is Krista Goff’s Nested Nationalism: Making and Unmaking Nations in the Soviet Caucasus (Cornell University Press, 2021), a bold and highly original treatment of the Soviet Union’s management of non-titular groups.   Demonstrating both personal and intellectual courage, Goff’s book is destined to become the standard reference work on the topic of non-titular nationalities in the Soviet Union, an outstanding achievement considering the fundamental role that multiethnicity played in shaping the Soviet state.  Along the way, the book also offers key insights into the politically charged issue of ethnic minorities in the Caucasus today.

Focusing primarily (though not exclusively) on the lands that would become Soviet Azerbaijan, the book reconstructs the history of Soviet efforts to manage “national minorities” (natsmen) and the personal and political consequences of these attempts. The national minority groups that Goff follows, such as the Talysh, Lezgins and others, did not have their own titular republic, like the Azeris.  Rather, they existed as non-Russian groups “nested” within a republican structure, which itself was part of the larger Soviet state.   Goff argues that Soviet policies towards non-Russian groups helped foster “nested nationalism,” “a recursive, enduring and symbiotic relationship between majority-minority nationalism in the Soviet Union.”  As Goff details, the nation-building projects of majority non-Russian nationalities, like the Azeris, intersected and interacted with the nationalisms that emerged among national minorities and vice versa. 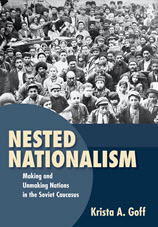 Goff’s provocative thesis offers significant revisions to our understandings of both Soviet power and Soviet nationality policy.   By detailing the consequential nature of interactions between titular and non-titular communities, Goff successfully dismantles the long-standing idea that the Soviet Union was a Russian-dominated state.  We see that the fate of various national minorities was often shaped by spats between republics, rather than by a conflict between center and periphery.  Geopolitical considerations also entered into the calculus of Soviet nation-making, as elites in the republics sought to woo minority groups in neighboring states like Iran and Turkey. The field of Soviet history has been slow to engage with the “transnational turn.”  But Goff’s book showcases the possibilities of this approach, revealing that the fate of national minorities in the Soviet Caucasus was also intertwined with the broader Middle Eastern world.

The book is also strikingly innovative in its use of sources.  It is based upon primary source research in three languages (Russian, Azeri and Talysh), and Goff’s formidable linguistic skills enable her to capture the “bottom up” picture of minority nationalisms in a way that a study based solely upon Russian sources would not.  Goff’s incorporation of extensive oral history interviews and materials from personal archives is another particularly noteworthy feature. This path-breaking book offers a model for other scholars seeking to research sensitive topics that may not be captured adequately in official state archives. 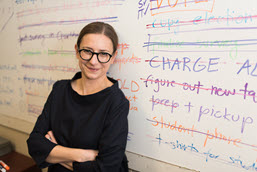