As the assigned United Nations mediator, Matthew Nimetz (MN) had over 20 years of first-hand experience to draw on for his article “Macedonian ‘Name’ Dispute: The Macedonian Question-Resolved?” In our interview, ASN discusses the regional significance of the dispute, the factors that led to resolution, and the personal challenges of meditation. 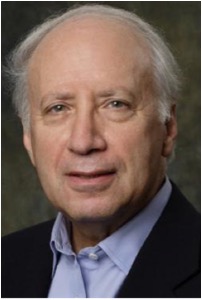 ASN: To an outsider, how do you explain the gravity that the name dispute holds for the people of both countries?

MN: With the signing, ratification, and implementation of the Prespa Agreement, the level of risk to the region is much diminished. This is a positive development, and hopefully the two neighbors will build on the positive momentum created during the last few years. But the Balkan region always has the potential for difficulties, and we know that there is unfinished business relating to Kosovo and Serbia and Bosnia and elsewhere. In addition, the internal stability of North Macedonia is something to watch, although here I have high confidence in the democratic traditions and institutions that have been put into place to maintain that new state.

ASN: The role of timing in negotiations is discussed as leading to a decreased sense of urgency to resolve the issue. What was the breaking point when, as you state, “it seemed clear that Skopje would have to make a compromise on the name”?

MN: : In my view both sides needed a solution to this dispute, but frankly Skopje needed it more. It became obvious that other solutions weren’t working, such as US or EU pressure on Athens, or a decision of the ICJ in The Hague, or a policy of what has been called “antiquization.” The future of what we at the UN called the former Yugoslav Republic of Macedonia, was clearly as a part of the EU and Euro Atlantic system. Concerns like increased political resistance to EU enlargement, slower economic growth, refugee flows into the region, Greek aspirations for leadership following its financial/economic recovery, all played a role in my view. But, as I say in my article, the fact that both prime ministers came to the conclusion that resolving this issue was their highest priority was the most important factor, and popular opinion for the most part in both countries was ready for a compromise solution. People do count.

ASN: Did you view Skopje’s aspiration for accession to the EU and Athens’ veto as key bargaining chips?

MN: Athens has a number of effective bargaining chips; Skopje had fewer. But Skopje at the end played its hand, albeit weaker, quite well. Obviously accession to NATO and a path to EU membership were key factors in the equation. In the final weeks of negotiation of the Prespa Agreement, a great deal of time and thought went into the sequencing of the process of entry into those two organizations.

MN: You said you think of the Prespa Agreement “as the last piece, hopefully, of the resolution of the Macedonian Question.” What do you see as the future of the dispute?

ASN: Hopefully this dispute fades into history and young people in Greece and North Macedonia read about it and study it as a piece of history and not as a contemporary area of concern. I have a concept that when a great empire breaks up, it takes a hundred plus years for the pieces of that empire to find a new configuration that is successful. In some ways southeastern Europe and the Middle East regions are still working out the consequences of the fall of the Ottoman Empire and the subsequent breakup of the British and French empires, and also the more recent breakup of the Soviet Union/Warsaw Pact. There are still open issues, some quite difficult, to resolve relating to all that, but I am optimistic that the so-called “Macedonian Question” of the 1880s has been successfully resolved.

ASN: From a personal perspective, what was your greatest challenge as the Special Envoy during this dispute?

MN: The greatest challenge of a mediator, in my view, is maintaining an honest and evenhanded approach to both parties. It was important for me to listen carefully and respectfully and understand what the parties were saying, even during times when no resolution was realistically possible. I was always honest with both sides and didn’t try telling one side one thing and the other something else. Finally, I worked hard at keeping my emotions and personal feelings out of sight. Not easy to do for something like 25 years!