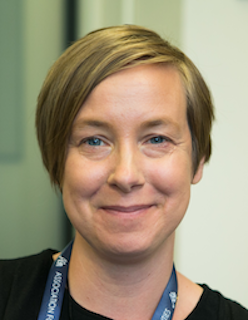 ASN: What is unique about the Belarussian authoritarian regime?

Belarus has often been described as an unusual case because of President Lukashenka’s popularity among the citizens, despite the fact he personifies the authoritarian system. One reason was Lukashenka’s official nation-building project, emphasizing the importance of the territory’s Soviet history and the closeness of the Belarusian and Russian people. Juxtaposed against a marginalized political opposition’s ethnic version of Belarusian nationalism, that saw Belarusian language and culture as the main criteria for ‘Belarusianness,’ Lukashenka’s civic nationalism was genuinely more attractive to much of the population who preferred to speak Russian. Interestingly, it seems one of the initial reasons for Tsikhanouskaya’s popularity was precisely that she did not have the national identity as the main focus on her agenda.

Another explanation for the curious legitimacy of Lukashenka’s rule is the existence of a Soviet style ‘social contract,’ according to which the state promised to uphold a relatively high level of capacity as well as providing a sufficient level of public goods, in exchange for the population’s loyalty. The guaranteed economic stability and security appear to have made many Belarusians accept the political status quo, despite being aware of the lacking democratic standards in their country.

ASN: What role did gender play in recent tensions in Belarus? Why?

First and foremost, it seems Lukashenka’s administration underestimated Svyatlana Tsikhanouskaya because she was a woman. Already during the collection of the 100.000 signatures needed to submit her application to enter the presidential race it was clear she had a lot of support in society. Across the country, people were queuing up to provide their signatures and show their sympathy for her campaign. Since she was a woman – nonetheless ‘just a housewife’ without previous political experience, they assumed she would not be able to capitalize on the support of the population. To the contrary, her election campaign in fact became a huge success story, largely due to the collaboration with two other women Maryia Kalesnikava (Babaryka’s campaign manager) and Veranika Tsapkala (Tsapkala’s wife).

The collaboration between Tsikhanouskaya, Tsapkala and Kalesnikava underlined Belarusian women considered themselves ready to take the lead in the transformation of society. The gender aspect also became an important and integral part of the conflict between the protest movement and Lukashenka. It seems the frustration many women felt about Lukashenka’s chauvinism and his habit of publicly trying to diminish women was an important motivation for their participation in the resistance against his rule. One interesting illustration is the video that was published is after Lukashenka in July 2020 – once again – proclaimed that women are not suitable to become presidents in which 42 Belarusian women dismiss some of his most infamous comments. “A woman’s calling is to decorate the world” and “If you weigh down a woman with the constitution, she will fall over – the poor thing” are some of the phrases responded to in the video that got 3.5 million views in just four days.[1]

Correspondingly, women have come to play an important role in the protests. When the post-election demonstrations seemed to be on the wane due to the violence of the police, it was the women who made sure that they continued. Because the police, at least in the beginning, were less aggressive towards female participants, they were able to form chains of solidarity which protected the men and gave new life to the peaceful resistance movement.

ASN: Unlike in previous elections, the 2020 protests were large in scale. What factor(s) played the biggest role in expanding the protest movement?

After the 2006 and 2010 elections the opposition called for protests against the election results, which were undoubtedly also manipulated. However, it is unlikely at that time there was any candidate who truly could have competed with Lukashenka for the presidency as people in general did not care enough to vote.

Since 1994, when Lukashenka came to power, no election in Belarus has been free and fair. As a result, the electoral process is seen as a kind of ‘game.’ Political opposition, as such, became perceived as symbolic, rather than relevant, by the population at large. Alongside the idea of a ‘social contract,’ mentioned above, this feeling – that there were no alternatives –contributed to the resigned acceptance that kept the authoritarian system strong in Belarus.

When the Belarusian leaders decided not to postpone the 2020 election, despite the fact it would have been entirely possible with reference to the ongoing global Coronavirus pandemic, they made a fatal mistake. As a result of the deteriorating economy during the last decade the social contract was no longer working to protect the regime in the same way. Lukashenka’s inability to address popular expectations and needs during the COVID-19 pandemic gave rise to a grass-root solidarity and vast community mobilization in response to the pandemic, which later translated into a for Belarus untypical electoral activism. Alongside the appearance of new election candidates, different from the traditional Belarusian opposition, this made the context for the election highly unusual.

For the first time ever, people across the country, not just in Minsk, started to openly challenge the system. They went to rallies and shared their political views on social media. Also, election day saw much more activity than any other election in the country’s history. Ultimately, I believe these protests had a completely different magnitude and mandate than previous ones because a majority voted for Svyatlana Tsikhanouskaya and then took to the streets to protect their votes. For many this was their first time being involved in the political process.

ASN: In the past, Lukashenka’s regime practiced “controlled openness” by allowing the political opposition outlets in some spheres (notably, cultural and academic). What has prompted a change in this policy?

This statement is not really accurate. The controlled openness was allowing the population to engage in various types of social activities within, for example, academia, the cultural sphere, or environmental movements – as long as these were seen as apolitical. Characteristic for these types of events were that organizers and participants neither fully accepted nor publicly questioned the state discourse, and thus managed to stay off the radar. At the same time it is important to remember that controlled openness always went hand in hand with selective repression. The regime kept targeting those who were explicitly politically active, and in particular those who openly challenged the regime through street protests, in order to reduce the general public’s motivation to participate in such activities.

After 2020 this strategy is no longer effective, simply because such a large part of the population has become openly politicized. Initially it appears the authorities tried to go after those who could possibly be seen as leaders of the protest movement – the board members of the Coordination Council. Several of them have been arrested and the rest, including Tsikhanouskaya, forced to flee the country. When this did not stop dissent the regime resorted to brutal mass repression. Eventually the relentless harassment of protesters toward the end of 2020, in combination with the arrival of winter ended the major marches in Minsk and other cities.

Yet, repression does not seem to have had the desired impact. The protest spirit is still strong and the dynamic and decentralized nature of resistance makes it difficult for the regime to completely end it. Raids and closures of independent news agencies as well as the arrests of many of the journalists in 2021, indicate the regime is continuously striving to control the situation by removing actors from the public space who they believe are feeding the resentment.

5. You state that “the academic literature on authoritarian consolidation helps us, in retrospect, better understand what factors contributed to the unprecedented societal mobilization <…during…> the 2020 presidential election”. Could this literature help us forecast what the next year holds for Belarusian politics?

As I wrote in my article, the literature suggests the authoritarian political system survives and prospers mainly because its citizens let it happen— because of their political apathy and resigned acceptance. The authoritarian regime rests on its successful use of three categories of strategies, both carrots and sticks, to make this happen: repression, co-optation, and legitimation. Before 2020, the majority in Belarus accepted the political situation due to the fear of reprisals, the promise of a social and financial safety net in exchange for their loyalty, and their acceptance of Lukashenka’s rule by choice or by default.

During the protests the message from the hundreds of thousands of Belarusians taking to the streets to protest Lukashenka’s continued presidency was not only that the social contract was broken, but that he even disgusted his population and that they wanted him gone. The legitimacy and stability that characterized his authoritarian regime had vanished into thin air. Repression appeared to be the only strategy left in the autocratic toolkit, but it was not a particularly effective one – especially not initially when the erratic violence against protesters recalled a whack-a-frog game.

Political science theories have proven notoriously bad at predictions, so this is a risky endeavor . Moreover, if anything the Belarusian case vividly highlights how important unknown triggers (like the Covid 19 pandemic) can be for the development. However, in his 2013 article Johannes Gerschewski compares the authoritarian regime to a plate spinner who needs to hold the plates in motion constantly, otherwise they fall. This is clearly what has happened in the Belarusian case, as the foundation on which the authoritarian regime used to rest is now severely damaged.

In 2022 it seems Lukashenka will have to try to somehow restore both the democratic façade and the social contract and regain control over the political agenda. Whether he chooses to implement the constitutional changes to ensure a more even distribution of power he has long promised, or even to hold new elections, the current high level of politicization of society makes it difficult to imagine a majority would close their eyes for non-democratic outcomes – as they used to. This unfortunately appears to make the use of further repression against anyone challenging the status quo inevitable, as it has become abundantly clear during the past year that the authoritarian system does not know any other way to handle the situation.

Gerschewski also notes the repression, co-optation, and legitimation strategies must reinforce each other for the authoritarian regime to remain stable. The more Lukashenka relies on repression, the more he loses his legitimacy at home and abroad. This disbalance makes the regime vulnerable. Given that Tsikhanouskaya is relentlessly using her time in exile to convince the world to act against Lukashenka he also increasingly risks becoming isolated from the international community. Only time will tell what that may leads to.

ASN:  What advice would you give young scholars who are considering Belarus as their research focus?

Go for it! Belarus is still rather ‘understudied’ and there is a lot to explore in many fields of study. Personally I of course find the recent political development especially fascinating. I believe that what started during the 2020 events is by no means over which makes it especially important to keep an eye on Belarusian developments in the years to come. At the same time, as someone recently told me, it is also important to continue to document and try to understand what happened last year.

Belarus is an amazing country to visit, and I would strongly recommend doing so at some point. People are open and friendly, it is easy to get there and to get around, and there is a lot of cool and interesting things to see and do. Yet, given the insecurity of the situation right now it is perhaps best to be a bit cautious.