In 2008, Jesse Driscoll won one of the Doctoral Students Awards. What happened to him and his work since then? 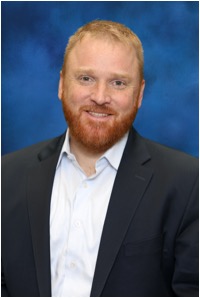 ASN: In 2008, your paper “Inside Anarchy: Intra-Ethnic Violence in Georgia and Tajikistan” won one of the Doctoral Students Awards. What was the inspiration for this paper?

JD: The paper emerged from a part of a “grounding” exercise.  I had a lot of data after years of fieldwork — more than I could possibly put to use in a dissertation or book — but was struggling to discipline myself to a single story.  The opportunity to write something modular and bounded for the ASN came at a perfect time for me.

The paper was initially written as a response to a piece published by John Mueller in International Security called “The Banality of Ethnic War.”  I still teach Mueller’s paper — it’s brilliantly written and extremely valuable for its blunt attention to the fact that a lot of what happens in civil wars is clearly driven by sociopaths.  His article always bothered me as being a little bit orientalist, however, and certainly did not pay enough attention to the way that groups are organized.  My interview subjects had a lot to say about their shifting relationships with commanders, mostly because of material expectations of long-term payments beyond day-to-day loot, payments that would require their commanders to someday have jobs with patronage to hand out.  So my ASN paper instead took a few tools from the industrial organization of groups to illuminate the problem of how warlords transform themselves into bureaucrats in order to pay their thugs.  I was pleasantly surprised it was so well received by the community.

ASN: At what stage in the graduate program were you at the time?

JD: It would have technically been my 6th year in the program, though I had formally withdrawn from school for a bit of time to pursue fieldwork and save money for writing up.

ASN: What happened to this paper?

JD: Some of the empirical material was folded into Chapter 3 of my book,Warlords and Coalition Politics in Post-Soviet States, which was published 7 years later (take note, graduate students — it’s a long game) in 2015.  By the time the book went into print, I had given up on my initial goal of a single theoretical architecture reaching up from street-enforcers to warlords to presidents and also outgrown the desire to use the initial model.

ASN: What is your current position?

JD: I am an associate professor at the School of Global Policy and Strategy at the University of California at San Diego.

ASN: What projects are you working on now?

My main intellectual focus these days is the ongoing civil war in Ukraine.  A lot of people hate the phrase civil war, and would rather focus on Russia’s role in instigating and maintaining the conflict by using the word “invasion” and staying focused on Crimea, but I worry that is a recipe for stalemate.  I’d argue that focusing on the Donbas, and calling what is going on there a civil war, might be the best way to prioritize steps towards a peaceful resolution that includes Russia.  I see reconciliation with Russia as an inevitable part of the endgame.  I’m new to Ukraine, though, and don’t want to make any big mistakes, so I’ve been co-authoring the book manuscript with Dominique Arel.