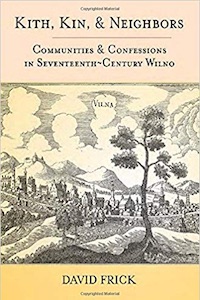 The winner for 2014 is David Frick’s Kith, Kin, and Neighbors: Communities and Confessions in Seventeenth-Century Wilno (Cornell University Press).

David Frick’s book offers an incredibly detailed reconstruction of “daily interactions” between the various ethnoconfessional and linguistic groups living in seventeenth-century Wilno. In this “multiethnic and multiconfessional early modern city,” there were Roman Catholics who spoke Polish, Lutherans who spoke German or Polish, Calvinists who spoke Polish, Jews, Muslim Tatars, Uniate “Ruthenians,” and Eastern Orthodox who spoke Lithuanian, to name just a few of the many ethno-religious configurations of the time. Scholars of nationalism have a great deal to learn from this book for its treatment of themes with which theories propounding the essential “modernity” of nationalism continuously engage: “indifferentism,” violence, and forces of group cohesion.

Drawing on an astonishing array of sources—from funeral speeches to baptismal and marriage records to the Lustrations (period surveys of people and possessions)—Frick introduces characters whose mixing and moving entailed education, illness, inter-marriage, divorce, war and occupation, conversions, unlikely alliances, and losses and gains in property, occupation, even life. All the while readers are called upon to interrogate their modern assumptions and appreciate the scope and meaning of events and decisions in the context of the time and place. “Seventeenth-century Wilno was no idyll,” Frick writes, “conviviality could, and did on occasion, end in a drunken brawl; neighborliness did not preclude violence—in fact it depended on its judicious regulation.” Kith, Kin and Neighbors is an astonishing feat of research and a truly engaging read that shows the relevance of the early modern period to a field that is otherwise preoccupied with modernity. 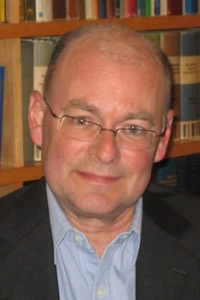 The committee would also like to award an honorable mention to Harris Mylonas, The Politics of Nation-Building: Making Co-Nationals, Refugees, and Minorities (Cambridge University Press, 2013).

The winner of the 2014 Rothschild Prize was chosen by the following scholars: