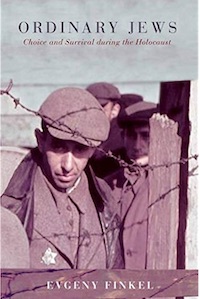 Combining painstaking archival research, cutting edge social science theory, and the latest statistical methods, Finkel has written a scholarly work that sheds new light on a topic that has been the focus of historians for many decades. Ordinary Jews brings social science methods and sensibilities to Holocaust studies, showing how techniques generally used in the analysis of contemporary politics can shed new light on the past. In doing so, this work enriches both the historical field of Holocaust studies and theoretical research on collective violence and its impact on human behavior.

Ordinary Jews shows that resistance to violence is a function of the skills and habits at a community’s disposal. Finkel highlights the importance of choice and highlights the agency of Jews forced into ghettoes during the Holocaust. He presents a framework that highlights the four main types of survival strategies in which Jews engaged: cooperation and collaboration, coping and compliance, evasion, and resistance.  He then shows that the dominant strategies chosen varied by location as a result of differences in the extent of Jewish community cohesion and the nature of interethnic relations before World War II. 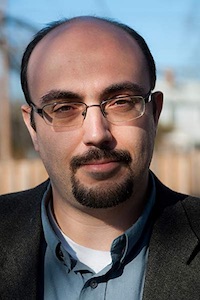 Ordinary Jews presents a major step forward in explaining the dynamics of collective violence and genocide, shining a light on how victims cope with repression and genocidal policies. Evgeny Finkel has not only written a vivid and highly engaging account of Jewish survival strategies in the Holocaust; he has also highlighted the value of social scientific approaches to understanding interactions between perpetrators and victims of mass violence. This book will set the standard for research in the field for a long time to come.

The winner of the 2018 Rothschild prize was chosen by the following scholars: