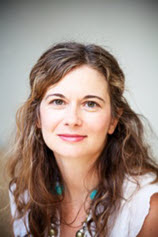 The book is an insightful and well-argued study of memory politics in the Balkans and Baltics, focusing on Serbia, Croatia and Lithuania. Drawing on extensive research of recent memory practices and debates, Yellow Star, Red Star argues that official narratives in post-Communist Europe are shaped by ontological insecurity, the insecurity over the identity of states and societies. The has become significant as the end of Communism required new stories for states and societies in Central and Southeastern Europe to tell themselves and others. These had to fit both the domestic needs and fit into larger European narratives. As the book demonstrates, insecurity emerged over how to reconcile the tensions and contradictions between the two. This insecurity led to an appropriation and instrumentalization of the wider European memory culture of the Holocaust.  These memory policies have taken different trajectories, as the book argues. In the case of Croatia, this has led to a focus on the Holocaust, while marginalizing the genocide against the Serb population. In Serbia on the other hand, the Holocaust has been appropriated to highlight Serbian suffering, whereas Serbian collaborators have been rehabilitated as victims of Communism. Finally, the Lithuanian case shows how the Holocaust is mostly narrated as a backdrop for Communist oppression. In all three cases, and beyond, the official memory of the Holocaust serves to justify and frame both nationalist and anti-Communist narratives. The memory of the Holocaust serves to place post-Communist societies into the larger European narratives of the 20th century that emphasize the centrality of the Holocaust. At the same time, these memory policies reaffirm each nation’s own victimhood and downplay perpetrators from the own nation. The book argues that these practices highlight the exclusionary nature of post-Communist nation-building.

Yellow Star, Red Star draws on the analysis of memorials, textbooks, commemorations and museums, as well as a interviews and media analysis to

provide a theoretically informed comparative study that contributes both the understanding of memory practices, as well as developing theoretical concepts how state policies and practices are shaped by ontological security.

The committee also awards an Honorable Mention to Licia Cianetti for The Quality of Divided Democracies: Minority Inclusion, Exclusion, and Representation in the New Europe (University of Michigan Press, 2019).

The winner of the 2020 Rothschild Prize was chosen by the following scholars: