While migrants are an ‘easy, visible Other,’ they are not always an object of nationalist sentiments. In her recent State of the Field Article ‘The Migrant Other: Exclusion without Nationalism?’, Caress Schenk, Associate Professor of Political Science at Nazarbayev University, Kazakhstan, explores a conceptual intersection between literature on Nationalism and migration. Below, we talk to Professor Schenk about the challenges of studying migration from a Political Science perspective, and how to break through existing frameworks of migration analysis. 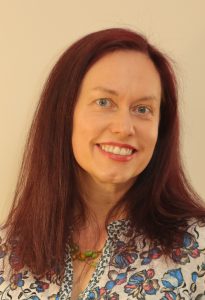 ASN: You describe your article as “focused on identifying fault lines between the literatures” on migrant othering. When did you first come across these different approaches to migrant othering, and what inspired you to research them?

CS: In my article, I was specifically exploring the process and implications of othering migrants, or casting migrants as a category that is marked by its difference from host society. My work on migration politics in Russia and Eurasia more broadly has pushed me to think about the myths that arise about migrants both in the social and political discourses. The idea that migrants take the jobs of the native population (a sentiment that was just recently reiterated by Putin), or that they bring different types of risks to the receiving society, takes as a starting point that migrants are something different and potentially something to be feared or to compete with. I admit my own work has tended to take migrants as a somewhat homogeneous category or an object that evokes a political or social response. In this sense, my work hasn’t really explored the identities that migrants themselves might find salient, but rather they ways that migrants as a category are politicized. There is a natural political othering in this orientation. But it was only by interacting with colleagues interdisciplinarily, especially with anthropologists, sociologists, and geographers who take migrants as the subject of their investigations, that I’ve come to appreciate the limitations of my perspective. The state of the field article gave me the opportunity to start with literatures rooted in political science and move out into approaches that many political scientists might find uncomfortable territory.

ASN: In your article, you survey a broad range of literature on securitization, populism, and critical approaches to migration. Are there disciplinary and socio-cultural differences that scholars bring to their understanding of migration and nationalism?

CS: Absolutely. This is one of the great challenges of studying migration and national identity from a political science perspective, because both migration studies and the study of nationalism are deeply interdisciplinary. Scholars who want to inform their discipline are in the position of mediating between different priorities, perspectives, methodologies, and even orientations towards knowledge production. Certainly, there are also socio-cultural differences, some of which are structural in nature and may reflect global, racial, or even class-based hierarchies, others of which are perhaps less structural but more personal, such as the ontological underpinnings of a particular scholar’s research approach.

ASN: You find that studies of populism focus on migrants as a flattened “other”, without a national identity and used as a tool for popular mobilization. Why does this rhetoric focus on migrants rather than different groups of domestic “others”? Does populist exclusionary rhetoric have a mobilizing effect on migrant groups and their sense of self?

CS: This is a really important question, and indeed migrants are not the exclusive focus of othering. We see myriad others, whether it is based on class, race, religion, or even political party. The opportunity to write this state of the field article was very timely, because it allowed me to reflect on the process of othering at a time when racial tensions were exploding in the wake of the George Floyd murder, when political partisanship in the US reached new toxic lows, and now as vaccine nationalism is laying bare global inequalities and the continued need to dismantle post-colonial hierarchies. All of these issues are inextricably intertwined with the type of us-versus-them thinking that populist mobilization relies on. As for the mobilization potential of populist rhetoric on migrants themselves, it’s a good question. It can [have an effect]. But when that potential is actualized likely depends on a number of factors, including migrants’ social networks and their own individual and collective sense of efficacy. What mobilization might look like is different question that could be explored in a social movements type of framework that looks at activity that has reached a sort of critical mass, or through an everyday, agency-based approach that looks at what migrants do at the micro level to solve problems and navigate life.

ASN: You find that securitization studies show that when migrants “are set against an idea of security,” they are “othered by a role they are cast in rather than an identity they embody.” In what circumstances are the national identities of migrants politically relevant?

CS: In the context of securitization, national identity can become a sort of shortcut to raise up a symbolic target. Trump’s “Muslim ban” is a great example, though it goes even a step broader to use a type of civilizational identity as a target of blame for potential security risks. Of course, these symbolic securitized framings are rarely based in fact, much like the myth that migrants take jobs from the native population, but they resonate on an emotional level with the public. To take an example from my own research field, Central Asian migrants in Russia are sometimes securitized, though the degree to which they’re securitized I think depends on some intersectional factors. For example, Uzbek and Tajik migrants in Russia were increasingly scrutinized when some of their compatriots were recruited by ISIS to fight in Syria. In this case, national identity intersects with a certain type of religious adherence. Kyrgyz migrants tend to be securitized less often but they also tend to be more secular. When we’re talking about the national identity of a migrant, we often more readily engage between-group distinctions rather than the range of within-group variation. For example, a “migrant” in Russia may be from Central Asia or China, or they may be from another region of Russia, but what becomes salient is their role as an outsider or non-local. There may be a national identity component, but it’s not necessarily required, and the larger the categories become, the more messy they are internally. Used like this, categories always have a homogenizing effect, but precisely because they are simplifications they are more easily politicized, because political rhetoric eschews nuance.

CS: I think it might be somewhat easier for academics than for practitioners, because those who are either on the ground or in national or international bodies working with migrants have institutional and political constraints that limit their ability to revisit basic assumptions. Scholars are in a more advantageous position in this regard and should use this position to interject a critical perspective into fields of practice. Scholarship can also be limited in its critical abilities by things like publishing requirements or the institutional and ideological constraints of funders.

Certainly, scholarship can also suffer from parochial perspectives that come from objectifying our research subjects and insulating ourselves within scholarly circles. The best way to guard against this is not only to engage across disciplines but also between theory and practice. Cultivating our own sense of empathy is also crucial, because knowledge is limited when we only engage with other perspectives in order to try and dismantle them. I think it’s also important that we don’t take ourselves or ideas too seriously, to the extent that we aren’t willing to acknowledge the limits of our knowledge, willing to shift course in order to explore our research areas through different lenses, or even to take risks that might not resonate with other scholars or practitioners. There’s a perennial tension between creating collective knowledge that converges on theoretical perspectives and deconstructing that knowledge in ways that make it more authentic to lived experience.

ASN: Your article makes a case for revisiting theories, creating new strategies, and building academic bridges in order to better understand migrant identity. Are there any new directions in the field that are particularly exciting?

CS: Efforts to decolonize knowledge production, whether it’s related to migrant identity or myriad other topics, really connect with me not only intellectually but also on a raw human level to the extent that these efforts are pursuits of authenticity. I think decolonization is related to the deconstruction process I mentioned in response to the previous question, but it also recognizes that knowledge production is more than just epistemological, because it is also about power. Decolonizing knowledge production isn’t an end point, though, because local knowledge can also become power-laden or even hegemonic. Further, it’s not useful to be so deconstructionist that we’re left with nothing, so I don’t find a fully interpretivist or social-constructivist ontology to be fruitful. Therefore, I find the crevasses between research traditions the most fascinating place to explore because they are often rooted in long intellectual histories that don’t necessarily come to the surface of analysis.

Practically and empirically speaking, what is really exciting to me is thinking about the connections between information as knowledge construction and production, and belief formation, both in the migration sphere and beyond. These connections between knowledge and belief become identities in many ways, but not always along pre-existing categories. For example, in our current research on responses to COVID-19 in Eurasia, we see a great deal of vaccine skepticism that doesn’t necessarily map onto imposed categories like “anti-vaxxer”.  In the migration sphere anti-migrant views don’t always map onto concepts of national identity. Social beliefs systems like these emerge in highly information-intensive and globalized spaces, while at the same time maintaining important local distinctions and community embeddedness. Exploring the knowledge-belief-action nexus holds really interesting potential, especially for how states try to communicate to affect change in society and to gain legitimacy from the public.

Caress Schenk’s full article “The Migrant Other: Exclusion without Nationalism?”
is available on Nationalities Papers FirstView from Cambridge University Press.