Nation branding can be considered nationalism for the 21st century. In her State of the Field article “Nation Branding in the Post-Communist World: Assessing the Field of Critical Research,” Nadia Kaneva, Associate Professor in the Department of Media, Film, and Journalism Studies at the University of Denver, analyzes the fragmented nature of nation branding studies and underscores the need for further research. Below, Professor Kaneva talks with ASN about how nation branding “blurs the lines between fantasy and reality” and its relationship to propaganda and post-soviet space. 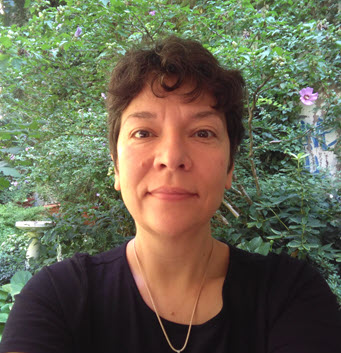 ASN:  What is nation branding? What is your favorite (most striking) example of nation-branding?

NK: In my latest review article, I note that there is no single definition of nation branding that would unify scholars from different disciplines. I view nation branding as a commercial, media-centric, and strategic set of practices and discourses that aim to present a particular image of the nation to various publics and with various goals and, in the process, actually re-constitute the very idea of nationhood. Nation branding overlaps with the construction and maintenance of national identities and narratives, which further complicates efforts to define it. Disagreements among scholars and practitioners emerge in relation to the domestic and international consequences of commercializing national identities; whether or not nation branding actually delivers on its promise of improving a nation’s reputation; and the power dynamics and political motivations behind nation branding programs.

I look at nation branding from a critical perspective, and I hesitate to select a “favorite” example, but there are some very creative ones. One that comes to mind is from the 2012 London Olympics. In general, major sports events are often used as a stage to elevate a nation’s visibility and update its reputation. In this case, actor Daniel Craig, in character as James Bond, escorted Queen Elizabeth to the opening ceremony of the Olympics in a carefully produced video, mimicking a scene from a James Bond film. The video’s storyline combined two iconic British “brands” – one fictional and modern and one real and traditional. This example also shows how nation branding blurs the lines between fantasy and reality and creates “brand utopias” – as I have called them – rather than factual representations of the nation.

ASN: Is nation branding different from propaganda? In what aspects?

NK: Nation branding is a strategic effort to influence the opinions, beliefs, and behaviors of domestic and foreign populations and, in that regard, it is a form of propaganda. The term propaganda is often seen as implying disinformation or deceit, but its more generic sense is that it involves the use of persuasion in order to change or reinforce audience perceptions and actions. This is done routinely in commercial and political communication. Nation branding fits squarely within this definition of propaganda, but it also has its own specific conventions and logics. Because it is rooted in economic and market logics, it reshapes national priorities in ways that privilege corporate interests. It can drive development policies for nations and regions; it can also serve as a source of legitimacy for political and business elites.

ASN:  In “reconstructing nationhood through marketing and branding paradigms”, does nation branding have an impact on nationalism?

NK: Nation branding, in my view, is a contemporary expression of nationalism. In fact, as I note in the article, some scholars argue that nation branding continues the old tradition of national propaganda which evolved in service of nation building and the search for international influence. This implies a continuity of nationalist projects over time and suggests that nation branding may be different in form from older methods of national identity construction, but it is not different in purpose. At the same time, I think that – as a commercialized and media-centric practice – nation branding exemplifies a uniquely contemporary form of nationalism. It is nationalism reconfigured for the age of globalization, marketization, and mediatization. Some scholars have called this development “commercial nationalism” – a type of nationalism that subordinates national interests to market interests. Others have proposed the term “consumer nationalism” which highlights the fact that our everyday acts of consumption, which may seem small and trivial, reflect our national identities and our ideas about other nations.

ASN:  Why is nation branding of particular interest to scholars working on the post-Soviet space?

NK: Nation branding came to prominence in the post-communist sphere at a time when new nations were emerging and existing nations were undergoing national identity crises. In this context, it served an important ideological role because it provided a new framework for re-inventing national histories and for setting new goals for the future of post-Soviet nations. In that sense, nation branding programs were about more than attracting tourists or investors; they were about recovering a sense of national pride and unity. They offered a new platform for national identity-making and seemed fresh, modern, and – most importantly – different from communist ideological dogma. However, these programs inevitably led to sanitized, commercially palatable narratives of “national identity lite” which could not deal with the trauma of the communist past, yet they had profound political and cultural implications. This is a central reason why scholars of post-communism have a lot to explore when it comes to nation branding in the region. This exploration is part of the need to understand the long-term aftermath of the Cold War and what came after it.

NK: I would love to see a study that compares nation branding initiatives, ideas, and institutions in Central and Eastern Europe to those in Latin America and Africa. Many countries in those regions were influenced by communist ideology though we don’t speak of them as “post-communist” countries. It would be interesting to investigate whether nation branding serves some of the same ideological purposes in those regions as it has in the post-Soviet realm. The challenge, of course, is to make these comparisons without distorting or erasing important historical details. But the value of such research is that we would gain a much more nuanced understanding of the legacies of the Cold War and the ongoing processes of globalization.

Make sure to read Professor Kaneva’s article “Nation Branding in the Post-Communist World: Assessing the Field of Critical Research” here.