Even Donbas warlords need to rebrand their image. In post-Novorossiya Russia, the Donbas fighters had to figure out how to move from making history to being civilians. Marlene Laruelle, Director of the Institute for European, Russian and Eurasian Studies at The George Washington University, follows the Russian volunteer fighters as they return home and reinvent themselves through politics and literary genres. 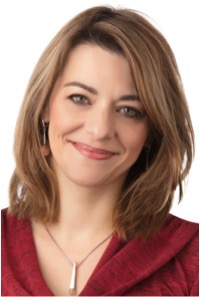 Interview with Marlene Laruelle on “Back From Utopia: How Donbas Fighters Reinvent Themselves in a Post-Novorossiya Russia”

Even Donbas warlords need to rebrand their image. In post-Novorossiya Russia, the Donbas fighters had to figure out how to move from making history to being civilians. Marlene Laruelle, Director of the Institute for European, Russian and Eurasian Studies at The George Washington University, follows the Russian volunteer fighters as they return home and reinvent themselves through politics and literary genres.

In our interview, Laruelle discusses the glamorization of Donbas fighters and why she is writing about them now.

ASN: Why do you believe now is a good time to analyze the Donbas conflict?

ML: The special issue could not cover all the aspects of the conflict, of course. We stayed away from a study of its legal and military aspects, the most studied, to concentrate on a more grassroots level. We were especially interested in studying the phenomenon of volunteer fighters, which is only one part of the conflict. Now that this phenomenon has largely slowed down, it is easier for scholars to work on it with some critical distance, to collect data and to be able to track down fighters and analyze their trajectories.

ASN: What motivated you to write your piece?

ML: I was already studying the birth and structuring of the Novorossiya myth in 2014, during its creation phase. I wanted to go back to it a few years later to see its transformation once the utopic moment was gone, once the enthusiasm had collapsed: myths rise, but they also die. That was the point of departure of my own article on post-Novorossiya fighters.

ASN: Why do war heroes have a difficult time adjusting from war to politics?

ML: It is always difficult for war men to go back to civilian life—even more for warlords who fought in specific “hybrid” conditions and do not benefit from state support once they are back home, unlike legitimately recruited soldiers. Moreover, Donbas warlords find themselves in a gray zone of the Russian political system. Officially, Moscow is not involved in the conflict and will therefore not integrate Donbas veterans into the institutions working with veterans from other wars, such as those from Chechnya. The Kremlin is not comfortable with them. It does not want to give them too much credit and create a potential competition of legitimacy among the nationalist-minded part of the population, but it cannot afford to have them becoming an opposition to the regime. At the same time, the warlords themselves have difficulties reinventing a new life for themselves: their attempts at building a postwar political legitimacy has mostly failed and they could only secure for themselves very small niches of influence.

ASN: What has been the impact of the Novorossiya literary genre on the Russian understanding of the conflict in Ukraine?

ML: The Novorossiya myth created a wave of popular literature comprising war diaries of soldiers written during the war itself, memoirs written once the war was over, and more ideologically constructed legitimizing discourses on the war by its leading figures. The romanticization and even glamorization of the image of the fighters, with heavy symbolism taken from World War II partisans’ epic, seems to have influenced a popular perception of the fighters. They are seen by part of the Russian population as courageous patriots, ready to fight for their brothers in Donbas and to offer them protection against Ukrainian forces. Of course, while studying a new literary genre is easy, capturing its impact on the readership remains challenging, as we do not have many tools to measure the impact of a book on a mind.

ASN: Where do you see your research moving forward?

ML: I am now interested in studying the rise of paramilitary groups and of extreme combat sports as a global, transnational phenomenon, particularly relevant for Russia and Ukraine, and spreading across Central Europe up to Germany—although it has old roots in the US. I see it as a fascinating trend that offers unique cross-disciplinary approaches: privatization of security, use of “hybrid” forces, grassroots illiberal civil society, and evolution of masculinity and manliness.