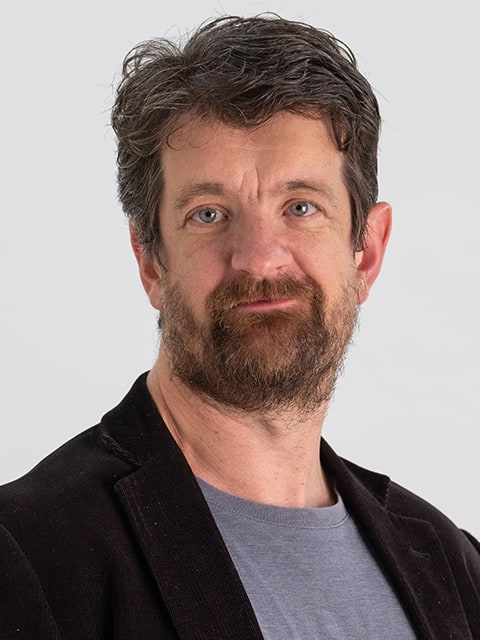 ASN: Why is the intersection of nationalism and media understudied?

MS: It’s a very good question. Scholars of each subject area (nationalism and media) have tended to be siloed in particular parts of the academy and often within different disciplines, so it hasn’t always been easy to bring them together and build connections. There is also the perennial problem of getting non-media scholars to take the study of media seriously. This can be seen most recently in the growing interest in how populist parties and movements use digital technologies to engage and mobilize their bases. These studies often don’t bother engaging with media theory and research, despite the range of concepts that have been developed since the late 1990’s to try and make sense of the profound impact of digital technologies. At the same time, media scholars (like many in the academy) tend to view nationalism in fairly narrow and pejorative terms and beyond the odd nod to Anderson and Billig rarely engage with theories of nationalism.

ASN: How does the media shape nationalist movements?

MS: Not easy to answer in a couple of paragraphs! As Anderson and others have argued mass media were important in providing common frames of reference (stories, personalities, places, institutions) for large, diverse populations as well as underpinning ‘shared’ daily (reading the newspapers, listening to sport on the radio, watching a soap opera) and communal rituals (holidays and holy days). This obviously doesn’t mean, as some have implied, that mass media simply turned peasants into national citizens, people engage (or otherwise) with media in a variety of ways depending on age, ethnicity, gender and so on. However, it is probably fair to say that mass media, alongside other key processes of modernization (mass education, common legal frameworks, representative politics) had an important role to play in articulating national priorities and representing nations as ‘knowable communities’.

Digital technologies have certainly complicated the picture though not always to the extent that some predicted. There are obvious example of such technologies allowing particular groups to move beyond the nation though the cosmopolitan dreams of some have yet to be really realized. Conversely, others have documented the ways in which digital platforms encourage fragmentation and polarization within national societies around the globe. Much of the extant literature tends to focus on these ‘outlier’ or ‘extreme’ groups. This mean that evidence of digital media’s impact on less, high profile forms of everyday (national) life is somewhat sketchy. However, it doesn’t appear that national ways of articulating or understanding the world are disappearing anytime soon and, in some places, digital platforms have been used quite effectively to bolster national frameworks.

Perhaps, the final thing to say about this issue is that media are never developed, adopted, popularized or resisted in a vacuum, so we should be a little bit wary of attributing to ‘them’ revolutionary properties. Moreover, the historical record shows that arguments around the impact of digital technologies today aren’t a million miles away from those that addressed the impact of the printed word, the telegraph, radio and television in the past.

ASN: How do nationalist movements shape the media?

MS: If we define ‘nationalist movements’ quite broadly to include states actors (who, after all, often justify their actions in relation to national ‘values’ and priorities), then they have a profound impact on how media are developed, disseminated and, above all, regulated. First and foremost, the development of various technologies (telegraph, radio, television, internet) was supported by states. Second, mass media, in particular radio and television, was seen as a means to address (and in the process integrate) national audiences, which led to the establishment of public service broadcasters around the globe. Third, states often make explicit reference to the nation when discussing how to regulate media, whether that be to prioritize certain languages, censor particular forms of content or allow (or otherwise) ‘foreign’ ownership of, or involvement in, the media.

When compared to the rather top-down production systems of mass media, it was initially though that digital technologies would be much less easier to manage and regulate but states are becoming increasingly adept at either regulating individual platforms or companies in order to meet their demands or, in the case of China, building a large and more or less self-contained national digital ecosystem. My PhD student, Ruoning Chen, is currently studying the latter issue via a combination of media diaries, interviews and analyses of media content and her study shows the extent to which domestic platforms and cultural forms dominate to the exclusion of pretty much everything else. This isn’t to say that people can’t move beyond this digital ‘walled garden’ with, for example, access to a VPN. The key point to note is that the majority of people seem to have no interest in doing this.

ASN: Tell me more about the subfield of reception studies.

MS: Reception studies emerged in the 1970’s as a sub-field of cultural studies and came to prominence in both Europe and the Americas in the 1980’s and 90’s. It was important in focusing attention on the ways in which audiences critically engaged with media texts and ‘read’ them in different ways depending on their age, gender, ethnicity and so on. Some of the classic studies of nationalism tended to assume that media texts were consumed in uniform ways and this research provide an important corrective to such a view. For instance, in nation-states containing a range of different ethnic. religious or regional groups, a message from the state broadcaster might be accepted by one group and completely rejected by another. The emergence and popularization of digital technologies in the late 90’s and early 2000’s meant that new concepts were required to address the manner in which audiences were also increasingly becoming producers of media content (prosumers) as well as the impact that this was having on how, for example, content was distributed, regulated and assessed.

MS: This was a term that became popular in the 1990’s and was often closely linked to the growth of satellite television and, subsequently, the emergence of digital technologies. Scholars became interested in the ways in which diasporic communities engaged with their ancestral homelands and, in some cases, influenced their political and socio-economic systems in quite profound ways. The classic case was the role of the Tamil diaspora in Sri Lanka and the extent to which they lent the separatist group, the Tamil Tigers, both material and political support. More recently, there have been studies of how the Hindu diaspora has supported Hindu nationalist parties and movements in India, often using social media to spread (dis)information and build online support networks. Beyond these more active political movements, there has been a growing body of work exploring how such groups use digital media to maintain cultural links with their ‘homelands’ and the impact this has on their own sense of belonging as well as those around them.

ASN: Going forward, what do you see as important areas for research in the field?

MS: Forgive my bias but it would be nice to see concepts and approaches developed in communications and media applied a little more by those studying the media’s impact in other areas of nationalism studies. I understand that as a discipline communication and media is relatively young and doesn’t always have the greatest reputation but given how much of, say, political or cultural life is now conducted by and through media, this seems like a fairly reasonable proposition.

It would also be good to see a move away from the standard preoccupation with ‘extremist’ groups (as important as understanding them might be) to look at the ways in which media continue to underpin (or otherwise) national frameworks in ‘ordinary’ people’s everyday lives and to think very carefully about the implications of this. Michael Billig was, of course, very concerned about the extent to which media representations of nations, operating in a world of nations, were largely taken for granted and encouraged a stance of ‘watchful suspicion’, advice that is still relevant today!