What can the emerging field of memory studies add to the study of nationalism? Professor Olga Malinova answers questions about her state of the field article “Politics of Memory and Nationalism”. 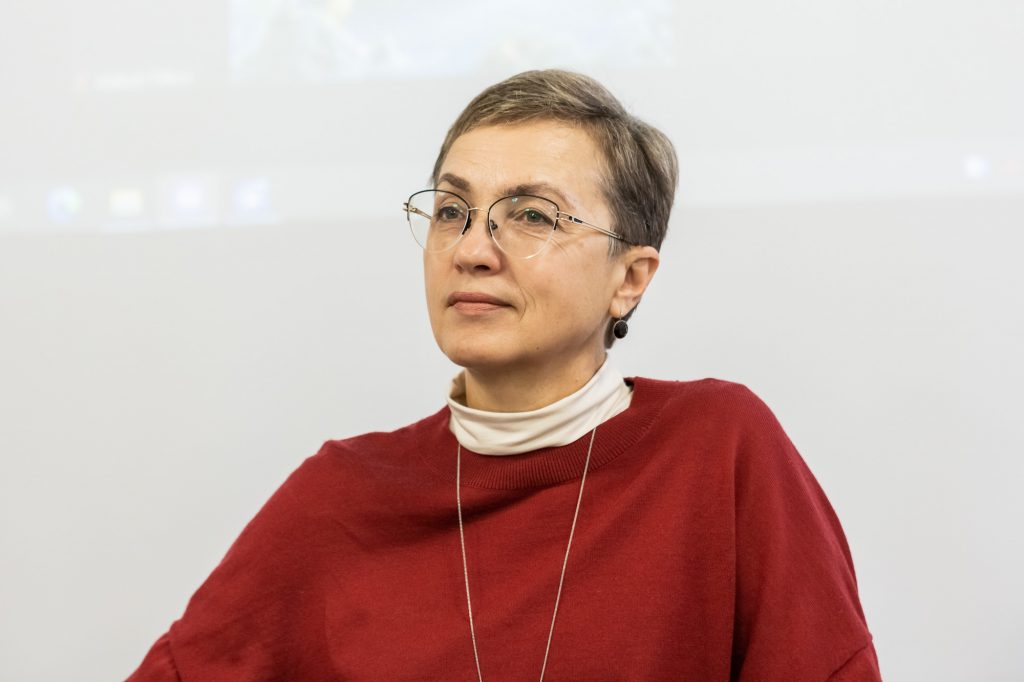 What can the emerging field of memory studies add to the study of nationalism? Professor Olga Malinova answers questions about her state of the field article “Politics of Memory and Nationalism.”

OM: Actually, the idea of “remembered communities” goes back to Ernest Renan’s Sorbonne lecture. So, it is older than Benedict Anderson’s “imagined communities”. Scholars of nationalism paid much attention to the role of historiography, as well as inventing traditions and commemorating the past, as important aspects of nation building. I think that what the current boom of memory studies brings to this field is the fundamental question of how a unifying vision of a national past is possible, taking into account the inevitable pluralism of memories. In any modern society, the past is remembered differently because of the divergence of shared group memories and patterns of socialization, as well as the availability of competing narratives and interpretations in the public discourse. Quite often memories contradict to each other. So, how do nation states promote and impose their unifying narratives? How do they interact with another mnemonic actors? What strategies are successful in specific contexts? To my mind, the frame of “remembered communities” involves the focus on interactions between memories, it suggests a recognition of the agency of mnemonic actors and a study of the remembered past as the durable process. As a result, it urges [us] to pay more attention to actual mass beliefs, as even if social are framed by public discourses they are deeply connected to personal experience and face to face communications.

OM: Unfortunately, yes. This is what <is> happening with memories about the World War II. The War, as well as the events that preceded it and resulted from it, left plenty of dramatic and contradicting memories. These memories lie at the heart of national and regional identities, which makes them easy instruments for political mobilization. At the same time, as soon as the world order established by the results of the World War II came into flux with the collapse of the Soviet Union and the Communist regimes in Eastern Europe, memory(s) about the War became an important symbolic resource in the geopolitical struggle. So, the current memory wars in Europe, as well as efforts to consolidate memory regimes based on specific (and competing) narratives about the War and its consequences, clearly reflect the geopolitics of memory. Luckily, not every mnemonic conflict, even if it is rather ardent, has the potential for geopolitical mobilization. There are a lot of memory projects that provoke passions but do not go beyond domestic or local borders.

ASN: Who are memory entrepreneurs? Are they challenging the primacy of states on memory projects?

OM: The role of memory entrepreneurs in the politics of memory hardly can be overemphasized. The state is never alone in this field. It is true even for illiberal regimes, if they do not put all public communications under a totalitarian control. It means that states have to interact with other actors, who initiate certain commemorative projects, or want to get resources, or challenge the interpretations supported by the state. The memory entrepreneurs are groups and individuals who strive to promote specific visions of the past. The contemporary means of public communication, with broad access to social networks and other digital media, opens a lot of opportunities for memory entrepreneurs. However, it does not remove the disparity in organizational and financial resources. In any case, the state takes the central position in the field because it controls important resources and has the prerogative to make decisions about development of the sociocultural infrastructure of memory, i.e. public holidays, memorials, naming public places, setting school curricula, etc. Still, it does not mean that the state always achieves its aims, as some decisions may not resonate with mass perceptions. A good example is establishing National Unity Day in Russia in 2004. Being scheduled for the 4th of November to commemorate a preliminary victory of the Russian militia over the foreign interventionists in 1612, it was intended to replace the Day of the October Revolution commemorated on the 7th of November. However, the meaning of the new holiday remained hazy. As a result, it has not become a real national day. An unintended consequence was that for about ten years National Unity Day was used by the nationalists for organizing “The Russian March” rallies. So, a state is not necessarily successful in inventing traditions.

ASN: You give several examples of global memory events. Yet, we witness an increasing polarization within and across societies along memory dimensions. Could a new global memory project be possible today?

OM: I think, yes. Though of course it depends on whether there are mnemonic actors who are eager to develop such global memories. The pandemic of COVID-19, that we are now experiencing, seems a good candidate for such role. This is an extraordinary experience shared globally that produces memories that are common and at the same time for many reasons specific. Of course, right now we hardly can predict the future of these memories.

ASN: Is historical amnesia or politics of forgetting beneficial or detrimental for states?

OM: As I tried to demonstrate in my article, both can be true, as there are different patterns of dealing with the dark past. For sure, historical amnesia or the politics of forgetting is typical for nation states, as it is the most obvious strategy for promoting a unifying political memory in a plural society. So, it is often used, and it can facilitate some good things like democratic transition, as in Spain, or development of cooperation, as in the EU. However, it is almost the social law that sooner or later the troublesome past will float to the surface and become an issue. In such contexts, a former politics of forgetting can become detrimental to the state, as it was during perestroika in the Soviet Union. When the newly implemented glasnost made it possible to publish and discuss the ugly facts about mass repression, ethnic deportations and human losses associated with what was believed to be great victories of the Soviet regime, it facilitated its collapse. Of course, it is an extreme case. Yet, there are many examples of the states who had to get involved in working through the dark past after some period of historical amnesia.

ASN: Do social media and new forms of technologically mediated communication impact how nations and individuals are “remembering” themselves?

OM: Definitely, yes. The literature typically connects the contemporary “memory boom” with the new forms of communication, as they radically change the borders between private and public memory; facilitate access to information, e.g. for reconstructing family memories; and provide new opportunities for memory entrepreneurs. However, they can also foster mnemonic conflicts. They completely change the context for nation states that need to promote some unifying vision of the national past.

ASN: What kind of projects on memory politics would you like to see in the future?