Nationalism can generate strong economic sentiments—these are perhaps most evident in the economic agendas of populist movements. In this State of the Field Interview, we talk with Thomas Fetzer about his work “Nationalism and Economy”, discussing protectionist policies and gaps in the literature. 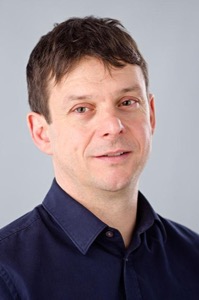 ASN: You write that the United States’ “America First” policy should be analyzed from a “producerism” standpoint rather than a traditional approach. Can you expand on this?

TF: In the traditional political economy approach, the study of economic nationalism is concerned with protectionist state policies and their implications for the international economic order. This implies a misleading use of the term ‘nationalism’, as protectionist policies can be driven by entirely different dynamics, from corporate interests and fiscal revenue concerns, to other ideologies such as socialism or even environmentalism. If scholars of nationalism have a contribution to make to debates about protectionism, as in the current case of the United States, they need to highlight the broader ideational context within which such policies have emerged. I think the concept of ‘producerism’ is helpful here, highlighting how ‘America first’ is embedded in a broader populist discourse, which pits the hard-working industrious ‘people’ whose productive resources are being drained by a parasitic and ‘un-American’ economic elite of big business and banks, operating in alliance with hostile foreign powers.

ASN: There is a lack of literature on the relationship between nationalism and the economy. What drew you to this topic and to emphasize its differences with a “political economy” approach?

TF: My interest in the relationship between nationalism and the economy goes back to my doctoral dissertation, which was concerned with the politics of national labour unions in multinational automobile companies in Europe. I was puzzled by the prominence of nationalist discourse in labour union politics and tried to make sense of it. In this context, I gradually realized the inadequacy of classic political economy approaches to ‘economic nationalism’, which, as I just indicated, are by and large limited to the exploration of protectionist state policies. As I searched for conceptual alternatives, I turned to nationalism studies scholarship. However, while this was enormously beneficial in terms of general conceptual grounding, I discovered that the study of the nationalism/economy nexus had actually been rather little developed in nationalism studies itself. In the meantime, much more work has been done, and there has also been a constructivist reorientation of the political economy literature. I hope that my contribution helps to further strengthen these developments.

ASN: Would you say that economic globalization is expanding the idea of the national economic space?

TF: This is a very complex question. Broadly speaking, there are two countervailing tendencies. On the one hand, the understanding of a national economic space as a largely autonomous self-contained entity has been radically undermined by economic globalization processes, and the way these processes have been politically managed. On the other hand, however, nations are still widely regarded as the core units of our new interdependent world, and in that sense the imagination of national economic spaces is more alive than ever, in a basic taken-for-granted sense, as well as in more elaborated notions of national uniqueness in relation to specific economic patterns and practices. Moreover, ‘nation’ has become a crucial marker in the search for competitive advantage in global markets. The latter trend is perhaps best reflected in the nearly ubiquitous presence of ‘nation branding’ campaigns aiming to lure foreign investors and tourists to particular countries.

ASN: Currently states are engaging in protectionist policies while recognizing a need to work across borders in the public health realm amid the COVID-19 pandemic. Do you see this as ground for scholarship moving beyond the traditional focus on protectionist state policies?

TF: The current pandemic has indeed intensified already existing trends towards more protectionism, embedded in a broader revival of economic bilateralism at the expense of multilateral cooperation across borders. I am not sure though whether scholars concerned with the nationalism-economy nexus have major contributions to make to these discussions. In the context of the pandemic, such policies have been adopted almost universally, and we would thus run the risk of stretching the term ‘nationalism’ far too much. At the same time, one key idea of reconceptualizing the relationship between nationalism and the economy is that we should move beyond the narrow focus on international political economy, which has hampered traditional economic nationalism scholarship. To put it succinctly, those who study nationalism in the economic realm are better not considered as specialists charged to explain the changing patterns of the international economic order. Of course, this does not mean that the pandemic does not raise a range of more specific interesting issues, for example with regard to the revival of nationalist stereotyping in debates about how to address the economic fallout of the crisis.

ASN: You end with some suggestions for future research. Where do you see your work going in the future?

TF: Some of the suggestions I will actually pursue in my own future work. On the one hand, I want to explore in more detail how Michael Freeden’s concept of nationalism as a ‘thin-centred ideology’ can be meaningfully applied to the economic realm, that is, how the political salience of nationalism in economic governance derives precisely from its frequent symbiosis with other ideologies such as liberalism or socialism. On the other hand, I also want to further engage with discursive and everyday economic nationalism. Here, I am particularly interested in the relationship between collective memory and the economy, which has so far not attracted much attention in the literature. With Stefan Berger (Bochum), I have brought together a group of scholars to specifically look at the ways in which economic crises and transformations are reflected in collective memory. Unfortunately, this project had to be postponed due to the pandemic, but we very much hope to have first results in 2021.