Gender in nationalism studies discourse has moved from nonexistence to a binary analysis to viewing gender as a socially constructed force. Articles such “Gender and Nationalism” by Jennifer Thomson move the scholarship forward with discussion of the gendered dimensions of nationalism. 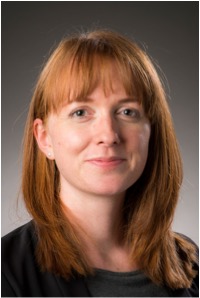 Gender in nationalism studies discourse has moved from nonexistence to a binary analysis to viewing gender as a socially constructed force. Articles such “Gender and Nationalism” by Jennifer Thomson move the scholarship forward with discussion of the gendered dimensions of nationalism. In our interview with Thomson, she discusses the growth of feminist scholarship, dangers of stereotyping women as peace fighters, and an interplay between sexual and national identity.

ASN: Your article starts off with an example from Poland. Why do you think Poland is a good example of gendered nationalism?

JT: Poland’s recent political trajectory has seen nationalist politics intersect with certain key gendered policy issues – most notably abortion, which brought thousands of women out onto the streets of Poland to protest proposed restrictive abortion laws. As a result, the country has attracted much interest from scholars of gender and nationalism.

ASN: In the context of the quote “discussions on nationalism have been primarily by men about men,” how are women bringing to light the female experience and understanding of the nation today?

JT: The last 30 years have seen a huge growth in academic interest in gender and nationalism, which has largely been led by female scholars – particularly in the case of Politics and International Relations. As such, the field is now very well developed, and has largely moved beyond the single binary of men and women, to thinking more broadly about gender as a structural force in nationalism. There is now a breadth of work thinking about how nationalism intersects and interacts with sexuality, gender, race and ethnicity.

ASN: Where do you see the role of religious women in discussions of gender and nationalism, particularly in the case of women with a conservative understanding of the role of women in the nation?

JT: The role of conservative women in nationalism and in politics more generally is deeply important and often receives less attention in scholarship. Women have been key figures within nationalist and religious movements around the world and have often evoked conservative understandings of gender in these roles. This often helps to underpin nationalist discourse and to give it greater legitimacy. There can, however, be a danger in focusing too much on individual female figures however – a move to thinking about gender, rather than just women, within nationalism helps to get beyond this.

ASN: What are the dangers in stereotyping women as fighters for peace or other tropes?

JT: Stereotyping women as being inherently more peaceful or capable of resolving conflict better than men holds multiple potential traps. It can force women into the role of peacekeeper and burden them with additional responsibilities in the aftermath of conflict. It also blinds us to being able to see women as protagonists or actors within conflict, who may be culpable of committing or inciting acts of violence. Ultimately, it boxes women into one specific role, and limits their ability to be seen as holding any number of positions across the spectrum of conflict and peace building.

Seeing women as inherently ‘better’ than men, regardless of the sphere – see Barack Obama’s comments on women and political leadership in December 2019 – is ultimately sexist. It puts women on a pedestal, rather than seeing them alongside men as equally fallible human beings.

ASN: In your section on nationalism and sexuality you address that “gay-friendliness” has become a marker for modernity in some countries. Do you believe that as countries modernize, they will grow away from heterosexuality as a defining quality of the nation?

JT: Whilst this may potentially be the case, I think that scholars of nationalism and sexuality would question what type of homosexuality gets to define the nation. The growth of ‘pinkwashing’ (for example, the commercialization and depoliticization of Pride parades/month in many countries) means that the type of homosexuality which is gaining credence within the nation is often stripped of any critical power.

ASN: With many future research ideas featured at the end of your article, where do you see you research going next?

JT: I am particularly interested in the growth of feminist state discourse. Many states (such as Canada, Sweden and many Scandinavian countries) and key political leaders (such as Justin Trudeau and Jacinda Ardern) use the feminist signifier to project certain ideas about their countries in the international realm. I am working on the concept of feminist foreign policy at the moment, and its development as an idea in recent years.

See her further discussion of these issues in Jennifer Thomson, “Gender and Nationalism”, Nationalities Papers #48